Can Sleep Studies Be Inaccurate?

Sleep studies are a useful tool for diagnosing sleep disorders like sleep apnea. But how accurate are they really?

If you’re considering a sleep study or have recently undergone one, you know that they’re not exactly fun. If you have to go to a lab, there are electrodes and other machinery that doesn’t exactly promote a good night’s sleep. Home tests might be less frustrating, but you may have heard they can give mixed results.

That might lead you to ask, can sleep studies be inaccurate? If you undergo a sleep study and it doesn’t catch anything, can you be sure there’s not a lurking disorder?

Below, we’ll discuss sleep studies in full. We’ll talk about the pros and cons of lab tests vs. home tests and their accuracy. That way, you can decide which tests to undergo and what to do with the results.

Sleep studies are a series of tests that measure sleep quality, allowing doctors to diagnose sleep issues such as sleep apnea, restless leg syndrome, and other parasomnias. Given the prevalence of obstructive sleep apnea (OSA) in particular, sleep studies are vital diagnostic tools.

Researchers estimate that OSA affects more than 1 billion people globally, putting sufferers at a higher risk of stroke, heart disease, and other illnesses.

If you suspect you have OSA, undergoing a sleep study may be a crucial step in getting proper treatment. But what if the sleep study says you don’t have anything wrong despite numerous symptoms like snoring and next-day fatigue? Can sleep study results be wrong?

Sleep study accuracy depends on the type of sleep study you undertake.

PSGs are the gold standard when it comes to sleep studies. They are generally accurate, and doctors have been using them for decades to diagnose common sleep issues.

Home sleep tests are newer and may not be as accurate. However, they offer major benefits, like sleeping in your bed.

Below, we’ll dive into each test in detail, including a discussion on how accurate they really are.

Polysomnography tests use electrodes on your scalp, temples, legs, and chest to measure certain sleep markers. A doctor will also observe you as you sleep. Between the electrodes and the physician’s observations, a PSG test measures:

PSGs must occur in a lab setting, either in a hospital or a sleep clinic, meaning you must spend the night away from home.

Because they measure so many different markers, diagnoses from PSG tests tend to be accurate, especially when a doctor suspects OSA. However, there are some sleep issues that PSGs aren’t as great at catching. Night seizures, for example, may happen too infrequently to be seen in one night of observed sleep.

During a PSG test, the sleeper may also experience the “first-night effect.” A first-night effect is when someone has trouble sleeping in a new environment. Disturbed and disrupted sleep from being in a hospital or clinic bed may lead to an underdiagnosis of OSA.

Home sleep tests use simple equipment that patients can operate independently, including a finger oxygen reader, chest belt, and nasal tube. They can measure basic sleep patterns, but they don’t provide a ton of information. That can make it tricky for a doctor to make an accurate diagnosis using an HST.

However, home sleep tests are very cost-effective and convenient. When you use a home sleep test, you sleep in your bed. There’s no need to travel to a sleep center or pay for a physician to observe your sleep.

However, home tests can only catch moderate to severe OSA. They can’t catch other forms of sleep apnea or other sleep disorders. They also aren’t good at detecting mild OSA.

Before we go, let’s answer a few common questions about sleep tests and sleep disorders.

When Is a Home Sleep Apnea Test Appropriate?

A home sleep apnea test is appropriate when a doctor suspects you have moderate to severe obstructed sleep apnea.

What Can Mimic Sleep Apnea?

Can Anxiety Be Mistaken for Sleep Apnea?

Anxiety and sleep apnea can cause fatigue which causes patients to mistake one for the other. A sleep study can help determine what’s happening.

Can Sleep Apnea Be a Symptom of Something Else?

Certain diseases such as heart failure and Parkinson’s can increase your risk of developing sleep apnea. However, sleep apnea can also exist on its own without other conditions.

So, Can Sleep Studies Be Inaccurate?

Typically, PSGs are accurate because they provide physicians with detailed information using multiple measures. Home sleep tests are more likely to have inaccuracies because they don’t measure as many patient inputs resulting in less information for the physician to diagnose. So, it’s easier to miss something.

Although they are not perfect, sleep tests are still valuable. Sleep tests help pinpoint sleep disorders that contribute to poor health. If a home test doesn’t show evidence of a disorder your doctor still suspects, you can always try a more accurate polysomnography test. 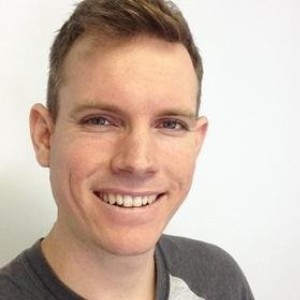